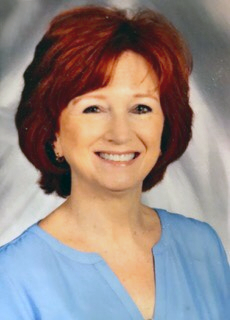 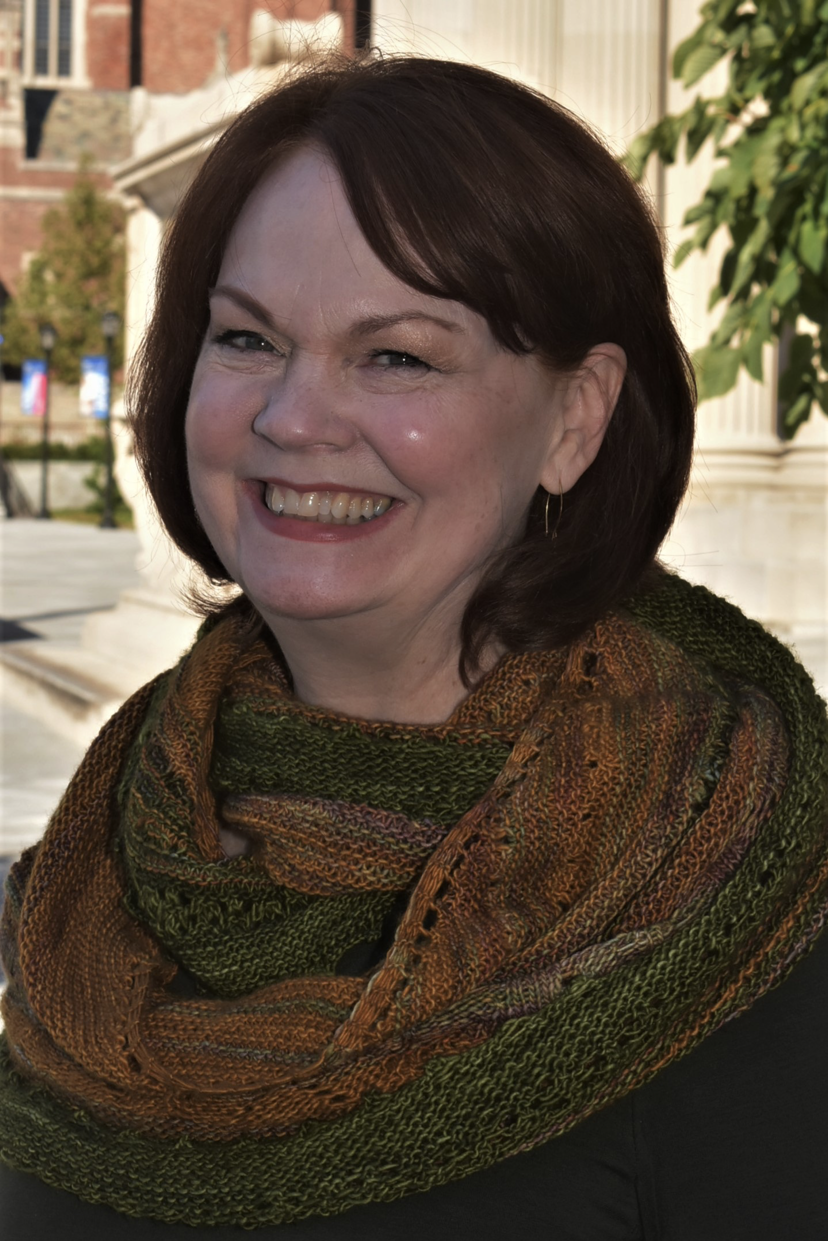 Bernadette lives in Branford with her husband, John Tolbert, and their chocolate Labrador Retriever, Millie.

Bernadette works as a practice manager at Children's Medical Group in Hamden. She and her husband are members of the Knights of St. Patrick, where John is currently President, and members of the West Haven Irish American Club.

Cathleen Patricia Steinau Buckheit has been an active member of the Irish community for a large majority of her life. She grew up Irish step dancing with the Kathleen Mulkerin School of Irish Dance and was crowned Queen of the Greater New Haven St. Patrick's Day Parade in 2003. Her role as Parade Queen and involvement in the Irish community lead her to join the New Haven St Patrick's Day Parade Committee in 2003, where she has been an active member ever since.

Over the years Cathleen has chaired and co-chaired many events for the parade committee and has also served as President of the West Haven Irish American Club. One of the many things Cathleen loves about the parade is the fact that it is steeped in tradition. 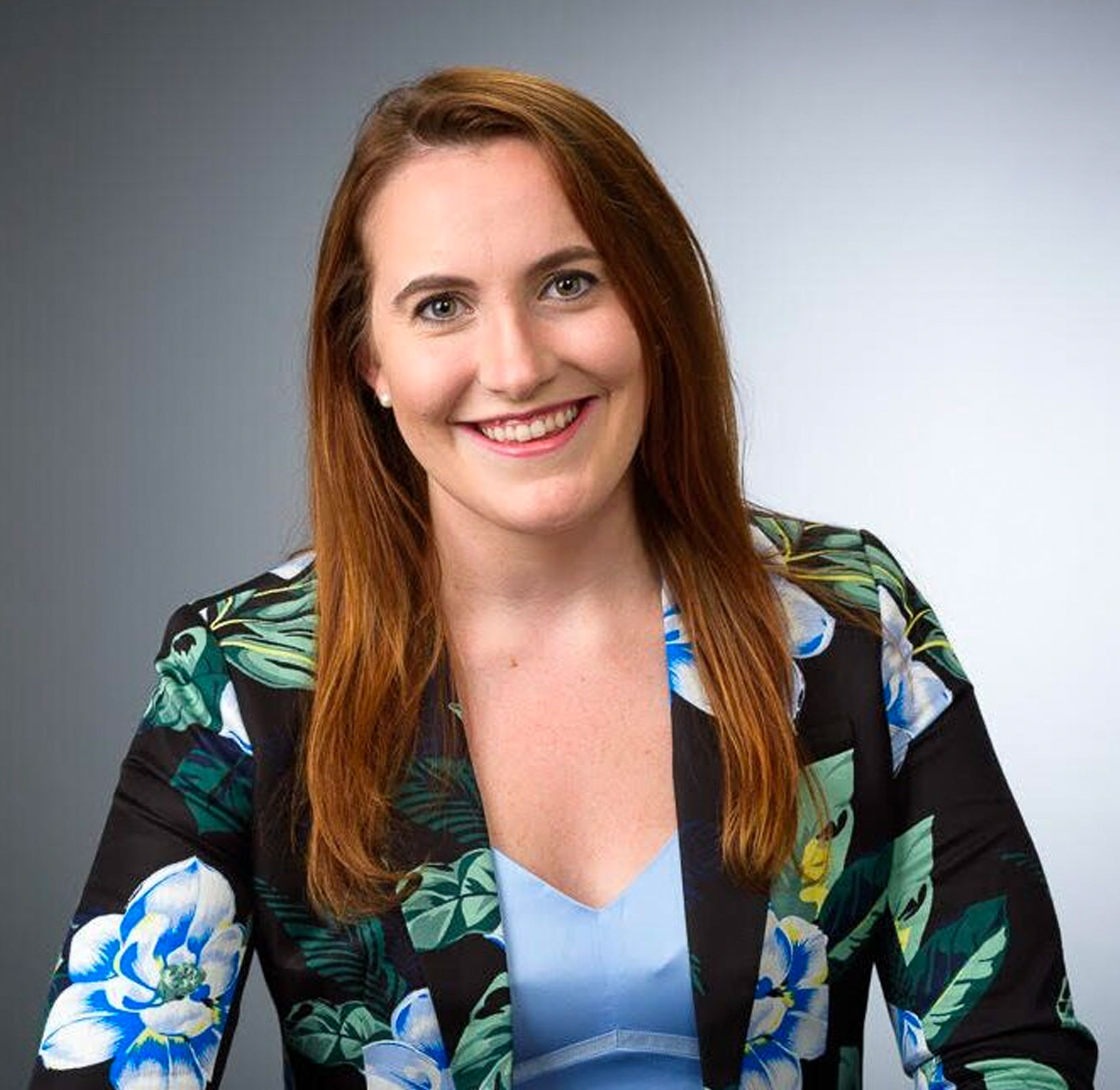 Fiona is a first-generation Irish American and has been a part of the Irish community here in the States for a long time. Growing up, she danced with the O’Keefe School of Irish Dance along with her sister Sinead. She followed in her sister’s footsteps and was crowned the 2013 New Haven St. Patrick’s Day Parade Queen. Fiona and her family are members of the New Haven Gaelic Football and Hurling Club, where she helps co-chair the New Haven St. Patrick’s Day Parade Queen Committee.

As Parade Queen, Fiona joined the parade committee and since then has gone on to chair events such as the Bed Race, lent her voice to singing the national anthems at many events, co-chaired Social Media, and for the past five years has been the Broadcast Chair. She has worked with WTNH and their team to produce countless interviews, features, and most importantly the live broadcast of several parades and two in-studio “Celebrating Irish Heritage” shows.

Fiona is currently employed as a Manager in Clean Energy Finance at the Connecticut Green Bank and as a cantor for her church, Our Lady Queen of Angels in Meriden. She enjoys singing, playing the piano, cooking and baking, painting, and spending time with her family, especially with her nieces and nephews. She lives in West Hartford with her husband, Manny Jimenez.

Bernadette Smyth LaFrance’s upbringing as a first-generation Irish American influenced her calling to become active in the Irish community. Members of her family have promoted Irish culture and heritage since they stepped off the boat in New York. Her parents, aunts and uncles, and many cousins have been founding and active members of the New Haven Gaelic Football & Hurling Club/Irish American Community Center, Knights of St. Patrick and the Greater New Haven St. Patrick’s Day Parade Committee for more than 60 years.

Bernadette was proud to be crowned Queen of the 1994 St. Patrick’s Day Parade and Grand Marshal of the 2008 Parade. In 2015, Bernadette became the 2nd woman to earn the Knight of the Year honor and 1st to be awarded the traditional Green Jacket by the Knights of St. Patrick. She is the first recipient of the Kevin J. Smith Award for Excellence in Executive Leadership presented in 2018 by the Parade Committee’s Executive Board of Directors.

In June of 2019, Bernadette was immensely honored and proud to have been elected by the Executive Committee as the first-ever, female Executive Chairman in the history of the Greater New Haven St. Patrick’s Day Parade that dates back to 1842!

Over the past 25 years, Bernadette has served on numerous committees, has been chairman of many events for the Parade Committee, the NHGF&CH Club/IACC and the Knights of St. Patrick. Along with the late, former Grand Marshal, Kevin J. Smith she became the co-founder of the Corporate Fundraising Committee. Since 2003, hundreds of thousands of corporate contributions have helped fortify the financial sustainability of our historic parade in the 21st century. As our current Executive Broadcast Chairman, Bernadette secured a multi-year partnership with Rich Graziano of WTNH News 8. The partnership presents our historic parade in all its grandeur and magnificence LIVE, including a one-hour preparade show, as well as the station promoting “All Things Irish” year-round!

Bernadette resides in Guilford with the four most important men in her life: her husband Rob, and their three sons, John, Joseph and James. While Bernadette is honored to have held many historic, Irish titles, her most proud, fulfilling and rewarding title of all is “Mom”. 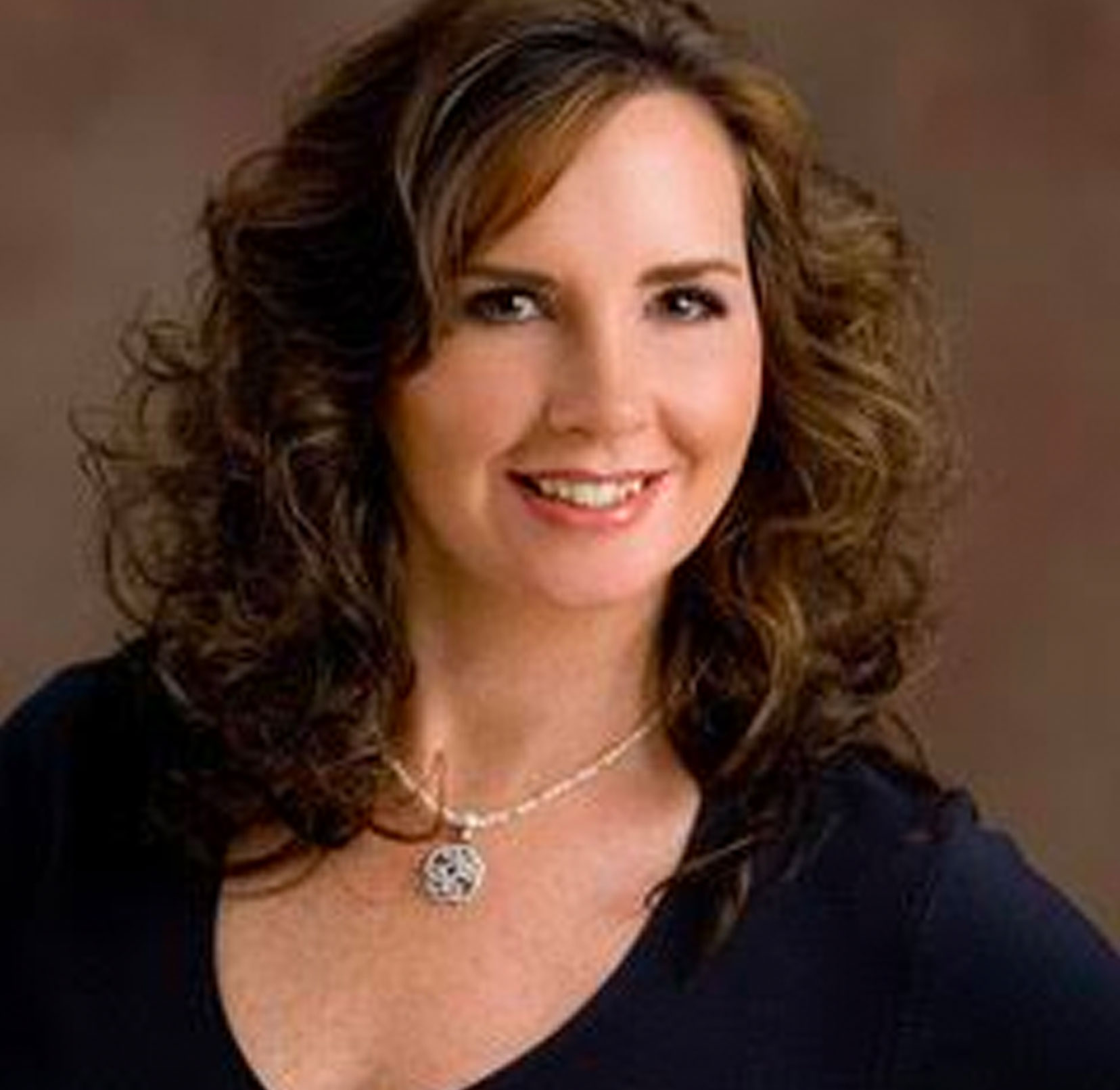 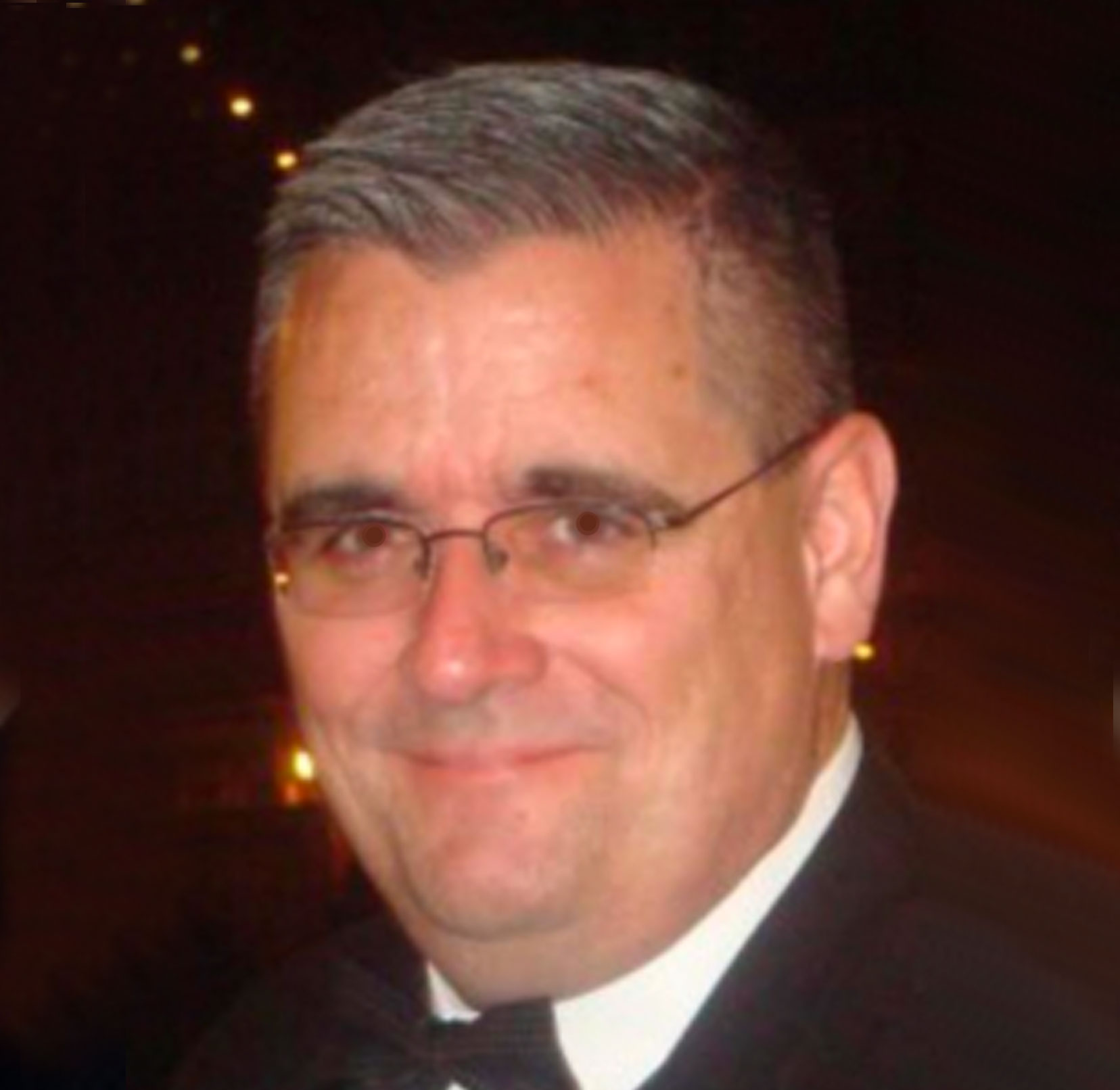 Jim McGovern joined the New Haven Saint Patrick’s Day Parade in 1995 after becoming an officer of the Knights of Saint Patrick where he served as President in 1997/98. Recruited to the Parade Committee by
past Grand Marshal, the late Kevin J. Smith, he was asked to serve as club Marshal for the Knights and was instantly hooked.
Jim was asked to chair the Annual Corned Beef and Cabbage Dinner in 2005 with current Grand Marshal Seamus Bohan and they still chair the event to this day. Jim chaired the annual golf tournament, the Shamrock Open, in 2005 and for several years following. His continues to work on this event each year.

Jim was elected to the position of Chief of Staff by the Parade Executive Committee in 2007 and was honored to be named the Grand Marshal of the New Haven Saint Patrick’s Day Parade in 2010.

Jim is a Senior Security Consultant for Stanley Security Solutions. He resides in North Haven with his wife Trish and their three children Grace, Molly and Jack. 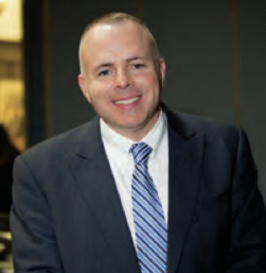