As a nonprofit, fundraising plays an important part in our parade activities. One of our most popular fundraising traditions is the Parade Button.

For a $2 donation to the Parade, you can get your button at one of many great locations in the Greater New Haven area.

History of the Parade Button

In the 60s, the parade committee wanted the official button to serve a twofold purpose: to symbolize community pride (instead of the distasteful ones sold during the parade season) and to serve as a fundraiser that helps defray the enormous cost of the parade.

Bearing a shamrock, the 1969 design would become a symbol of the Parade for years to come. However, it received many negative comments, due to the bright orange background which dominated its appearance. One more design was attempted, but eventually the button was abandoned.

The button resurfaced in the late 70s, retaining the symbol and style of the 1970 version. An order for 1,000 was placed with Benhaven, a New Haven-based school for autistic young adults, who supplied them for three years until they moved from the area. Over the years, demand increased. Currently, annual sales are around $7,000.

After a few years, the word “Booster” was omitted to enlarge the year and the Shamrock design. In 1984, the word “Parade” was removed as a reminder that the pin is worn on St. Patrick’s Day also. With little change, the Parade Button maintained this design through the end of the 20th century.

The 2000 millennium button had a refreshed design, as did the 2002 version which commemorated the tragic events of 9/11, which occurred six months prior. For the 50th anniversary of the modern parade, an entirely new design was introduced, thus beginning the current tradition of having a new Parade Button design every year. 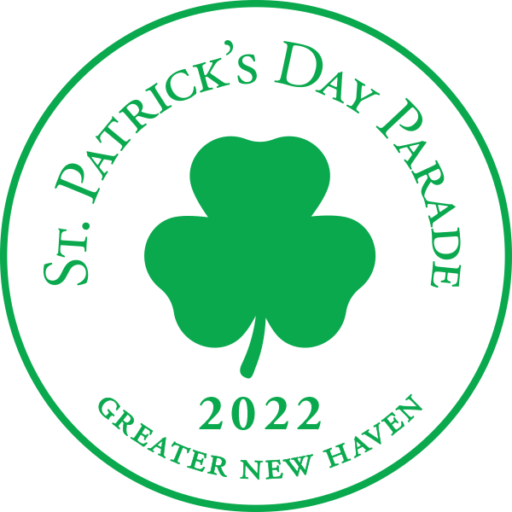 The 2022 Button is available at the locations below. Support your local businesses and organizations that support the Parade by selling the Parade Button